Raw Communications is a company based in Rotherham who approached us to design and build a new WordPress website for them.

Raw offer telecoms services to companies around the UK, providing an alternative to the bigger names such as BT and Virgin Media.

The guys at Raw contacted us because they used to be in the offices across the road from ours! They did have a website already, but it was built internally by people who didn’t have the expertise to do a thorough job. Raw had got as far as organising hosting, installing WordPress and installing the theme, but the site wasn’t styled consistently.

We actually continued using the theme that Raw had originally used, as it was a good theme and they were familiar with it. However, we started from scratch. We installed WordPress from brand new, with the latest version of the theme and plugins that is uses. We then created a new design using new branding and content.

We then handed the development version of the site to Raw to add further content themselves, before uploading to their live server. 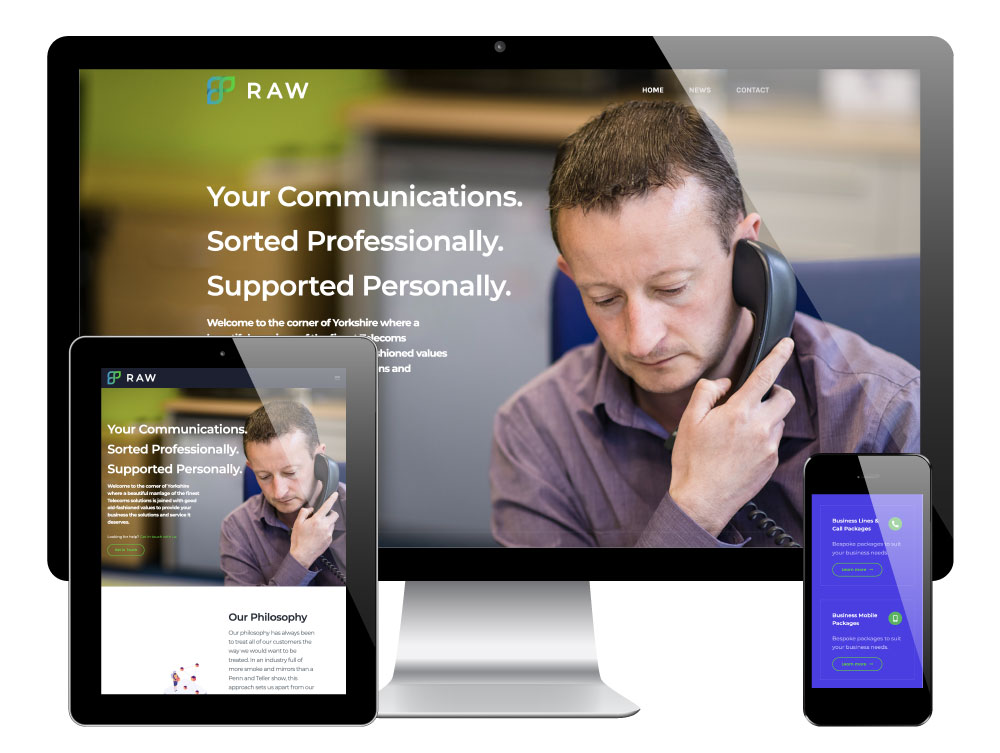 We have built many websites like this over this years. If you are interested in something similar, please don’t hesitate to get in touch. We will visit you to discuss your needs, before providing a full quote, with recommendations and timescales for completion. Our Web Design & Development service is completely all encompassing.

What our client said…

“Great company to work with, created us a great website on time, on budget. looking forward to working with them further in the future too.”