Happy New Year to all our clients, readers and fellow Webmasters! I hope 2017 brings you all the success you deserve.

First things first, I must give credit to moz.com, whose article ‘SEO & Digital Trends in 2017’ is the inspiration for this article. I am a big fan of Moz founder Rand Fishkin, and have been reading this SEO Guru’s work for years now, so I am not ashamed to say that I’m putting a ‘laymans’ twist on this article, which is written by one of Rand’s associates Gianluca Fiorelli, but is written more for the SEO expert.

The people at Moz used this fantastic diagram to demonstrate an overview of what went on in 2017. Here are the stand-out bits from it, from our point of view. The article focusses on Google in particular.

It is well known that the world is becoming more mobile-dependent, as opposed to using larger devices for browsing the web. I’ve talked about this so much over the last two years that I fear it’s becoming boring, but it’s just such a big deal that I can’t shut my trap!

So, mobile web usage is nothing new in 2016/2017, but Google’s move to mobile-first indexing indicates that the people there are continuing to up the ante in 2017. The announcement about mobile-first indexing in late 2016 will be a big wake-up call (hopefully) to those people out there who continue to ignore the need for a mobile-friendly website.

Hopefully the impact of MFI (mobile first indexing) will finally make people realise that, and will mean I can stop harping on about it!

In 2016 I heard a lot about Google’s push on voice search. That is, using the voice search function on mobile devices, rather than typing. An increase in voice-search usage could have a major impact on search in 2017. People speak much differently to how they type. It’s easier for a start, meaning the prediction is that search strings will become longer. For example, it’s easy to say “find gas plumbers in sheffield” whereas someone typing would probably shorten it to “plumbers sheffield.” This could impact the importance of long-tail keywords.

For those who don’t know, the Penguin part of Google’s algorithm looks at links. In days gone by, we could acquire a brilliant backlink from a really reputable, well-ranked website, but have to wait 6 months/1 year for Google to run it’s Penguin algorithm and therefore suffer a long wait to reap the rewards of the great link in SERPs.

In 2016, however, Google announced that Penguin would begin to run in realtime. The benefits of this will start to come through more in 2017. From now on, Google will be running Penguin on a realtime basis, which means no more waiting for rewards, and, in the same token, penalties for bad linking!

Importance of SSL and the ‘Not Secure’ Flag

If you refer back to one of articles from last year, regarding the rise of SSL, you will gain more of an understanding of the point we are making here. In a nutshell, in 2o16 Google announced that it would be marking websites WITHOUT SSL as ‘Not Secure’ in it’s Chrome browser, starting in January 2017. It doesn’t take a genius to work out why this makes SSL huge in 2017.

Anyone who uses the Google Search app on a mobile device will have noticed some big changes towards the end of 2016, which will have more impact in 2017. Google has swung heavily towards location-based and personalised search, which has become evident through the prominence of Rich Cards on your Google App home page, along with the introduction on September 1st 2016 of the Google Possum algorithm update.

Not sure what we mean? Make sure you have the updated version of the Google App on your phone, perform a couple of searches, and you’ll notice some ‘recommended’ boxes of content appear on your home page. You can read more (and see more) in this article we wrote late in 2016. 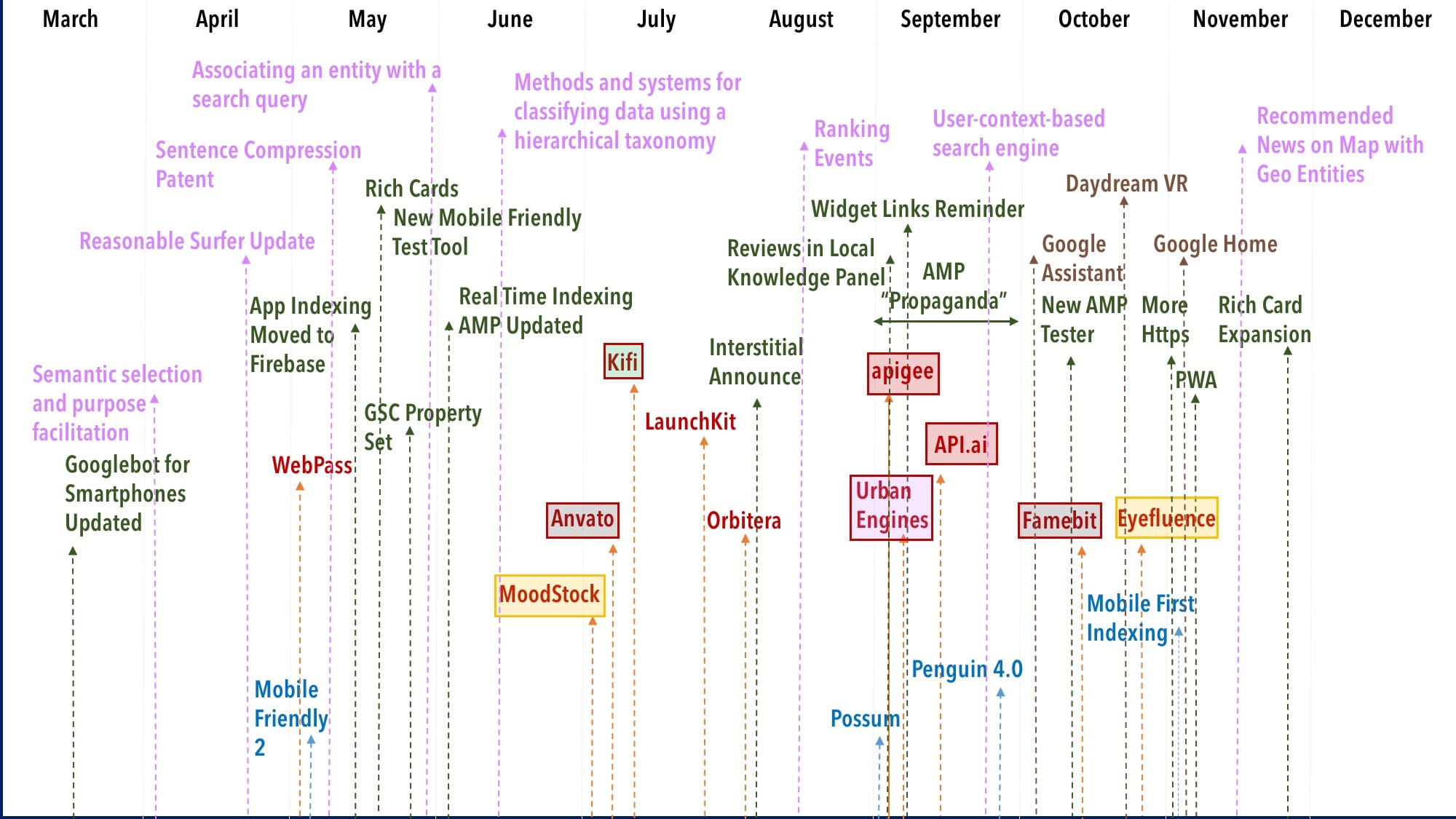